Son of a Dunfermline Linen weaver, Andrew Carnegie became an industrialist and philanthropist who emigrated to the USA during the depression of the 1840s Carnegie amassed a huge fortune in railroads and steel-making. He used his wealth to advance many causes including the public library systems of Canada, the United States and Great Britain.  He retained strong links with Scotland and purchased Skibo Castle in Sutherland  as his Scottish residence

Carnegie was a pacifist who devoted much of his energy and fortune in later life to the quest for world peace. Between 1903 and 1914 he endowed four foundations – Peace Palaces – the largest of which was in the Hague. 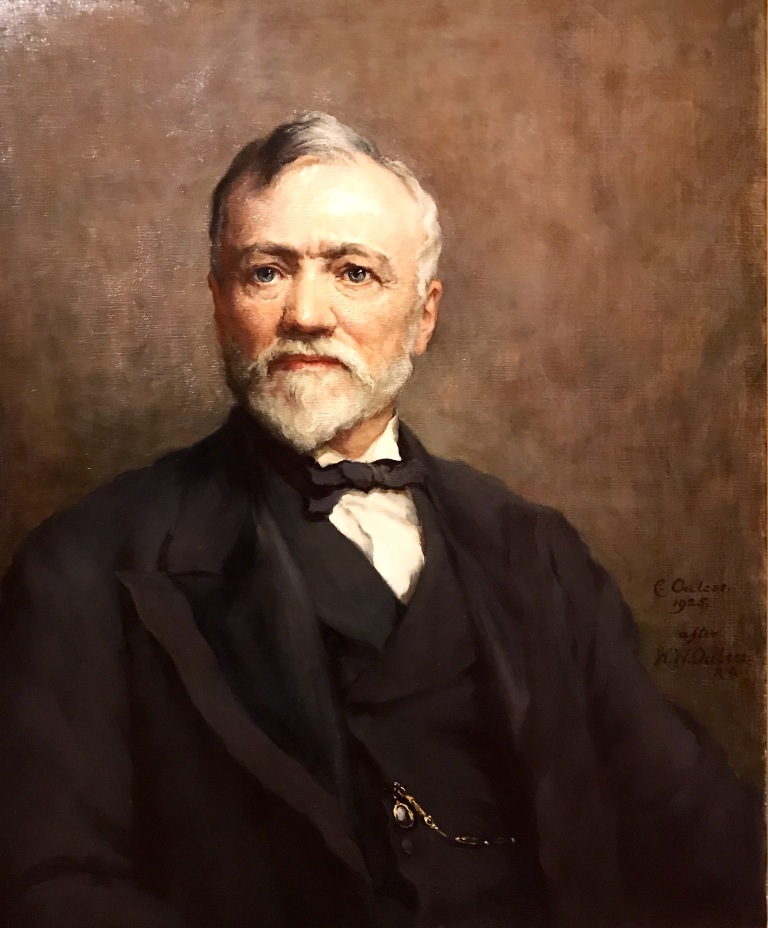